Home / News / Everything You Need To Know About Nigerian Sports

Nigeria was first recognized in the sports scene in the early ’50s following the country’s first appearance in the Helsinki Olympic Games of 1952. Shortly 2 years later, Nigeria would win a gold medal, brought home by high jumper, Emmanuel Ifeajuna, at the commonwealth games held in Cardiff. That would be the genesis of Nigeria into sports, at least on a global scene.

Many years later, Nigeria has grown in sports, becoming one of the most promising nations in Africa. Our article will look at Nigeria as a competent participant in world sports, highlighting some of the popular sports the country excels in. Nigerian soccer entered the international scene in 1960 when the country first entered the World Cup but failed to qualify. However, in 1970 Nigeria qualified for the Mexico world cup. Since then, Nigeria has taken major steps in soccer, with some important highlights being: the Nigerian national team “Super Eagles” proving to be a force to reckon with in the ’80s, and winning bronze in the Junior World Cup in 1985. Nigeria has also reached the second round in world cup in the years 1994, 1998, and 2014. Today, ‘Super Eagles’ has surpassed African competition to be ranked among the best teams in the world. 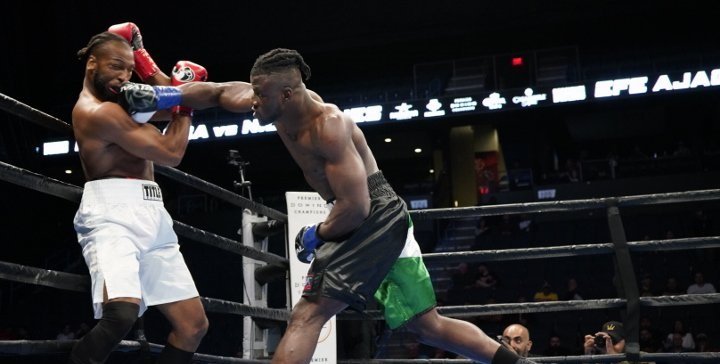 Though the East African countries of Kenya and Ethiopia have, for a long time, controlled the athletics scene, Nigeria has also proven to be a worthy competitor. Nigeria majorly shines in the long jump, relay races, and several other events, both track, and field. As a result, many Nigerian athletes have gone professional in Europe and America.
The majority of athletic competitions in Nigeria are run by the Athletics Federation of Nigeria (AFN). However, the ministry of education controls primary and secondary school sports events. Nigeria starts training school-going children in field events at an early age, which has contributed to the country’s global success. Professional wrestling has always featured among the most popular sports in Nigeria. The sport is mostly organized during the country’s major festivals, such as the new yam festival. Wrestlers from different towns and villages are pitted against one another, and the event attracts large audiences. However, the wrestlers do not receive medals or physical rewards of any kind. The honor of being crowned champion is highly valued and taken as a reward. Several notable professional wrestlers have emerged from Nigeria, such as Power Uti, who holds a world title.

Nigeria is among the most developed countries in Africa with a flourishing economy and advanced literacy levels. Additionally, to the nation’s economic growth, Nigeria also features in many competitive sports events and has proven to be a key player in world sports. Though Nigeria excels in several sports, both locally and internationally, the above-summarized events are some that the country takes pride in. Nigeria is emerging to be an all-round country with balanced efforts to excel in many areas. The sports scene is one major area that has put Nigeria on the center stage of world excellence.

Do you find Xclusiveloaded useful? Click here to give us five stars rating!

More Trending Posts
You May Like
No one has commented yet. Be the first!